To make Tabletop Letters of the Alphabet (Tent Letters):        Cut along the straight vertical lines to separate the letters.  DO NOT CUT along the top short dotted line.  Make two folds in each piece along the faint dotted lines to make a triangle with two equal sides and one much smaller side.  It is best to help your child color and decorate the letters at this stage—pen, crayon, glitter, aluminum foil, etc.  When the decorating is finished, glue or tape the letters into a triangle, with the small piece acting as a "foot" to set on the table. 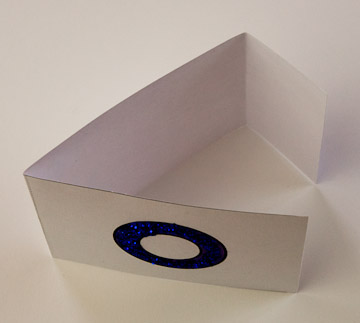 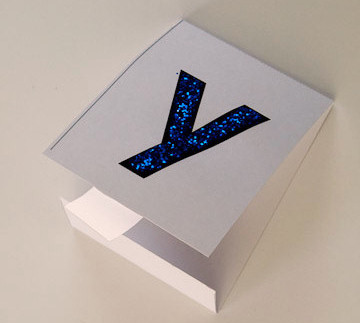 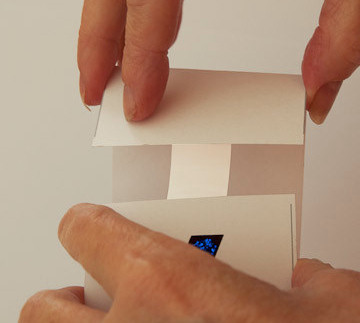 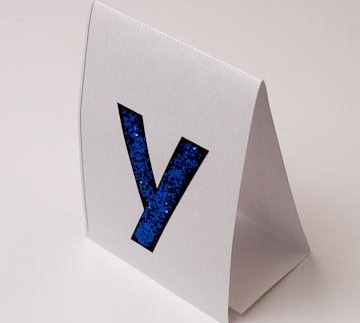 To make Clothesline Letters of the Alphabet (letters to hang on a cord or string): 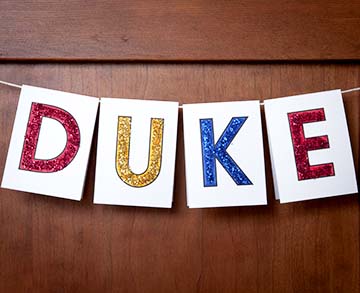 Cut along the vertical solid lines to separate the letters from each other.  Be sure to also cut along the top short dotted line perpendicular to the long lines—you want to end up with a piece for each letter which can be folded in half along the faint dotted line next to the letter, with a letter on one half and the other blank.  The letters themselves are done in outline so that they can be colored and decorated.  Spell out your child's name and hang the letters on a string in their room.

When your child is familiar with a number of the letters in the alphabet, start to teach the remaining letters, preferably in alphabetical order.  Don't try to teach too much in one go, though.


Start with the child's first name (begin with the name the child is called, which is usually short), and after she is familiar with all of those letters, her full first name, if different, and then make a string for the letters in her last name.  (Or you can use one long string).  Try the names of the rest of the family, or a pet, or a best friend to add to the list of letters she knows.  This will also show that some letters are used in several names.  This may also give an opportunity to show that some names start with the same letter and the same sound—Jennifer and Janet.  Explain that letters stand for sounds.  But for now, learning the shapes and names of the letters is the major point.

These letters are best printed on "Card Stock", a heavier paper that will make them stand up better.  Card Stock should be available at all office supply stores; it works with all printers.  Its great for other craft projects, too.

Printing the Letters and Numbers


Select the desired uppercase or lowercase letters or numbers below, then click the print button.